On June 16, 1956, the 15-year-old Salvatore Diomante arrives in Turin by train from Sicily. The only thing he has is a cardboard suitcase with some clothes and the address of a family member where he can stay. During the first couple of months, he helps out here and there, and in 1957, he starts working at Amandonico. This company is specialized in the finishing stage of small series of cars. Salvatore works on the first Abarths 500 with a fixed roof, the Alfa Romeo 1900 Ministeriale, the extended Fiat 1400 and the Triumph Italia 2000. Their customers include coachbuilders from Turin such as Allemano, Lombardi and Vignale. In 1963, Salvatore joins Carel as a department manager. He is responsible for the painting and finishing. Again, customer names include well-known companies such as Scioneri, Giannini, Intermeccanica, Zagato and Vignale. The naked bodywork is delivered and Carel takes care of finishing doors and bonnets, painting cars and the entire cabling of the car, fitting the interior, windows, lights and dashboard.

In the same year from the collaboration with Carel-Sargiotto, ex Carrozzeria Monterosa, the first Lamborghini protoype is realised.

In April 1964, Diomante reckons he gained sufficient experience to be self-employed and, together with Bonifaci, he sets up the company Carbondio (CARrozzeria BONifaci DIOmante). They perform the same activities as Carel and work for Scioneri, Lombardi, Intermeccanica and Giannini.

During the years of the Carbondio, Diomante achieves several cars among which there are the Scaglione's Titania, the two prototypes of the SIVA Sirio, a Intermeccanica Break and a Intermeccanica 2+2. At the end of 1964 the customer Intermeccanica goes to Grosso & Veci for the sheet-metal works; Grosso & Veci, that was already supplier of Vignale, follows a request of a Bizzarrini's seller of Turin and asks Diomante to make some improvements on the ISO A3C owned by a very important customer of Turin.

Giotto Bizzarrini appeciates the work of Diomante and as a test-bed proposes to personalize the ISO Grifo A3C for the famous RAI journalist, Gino Baglìo. 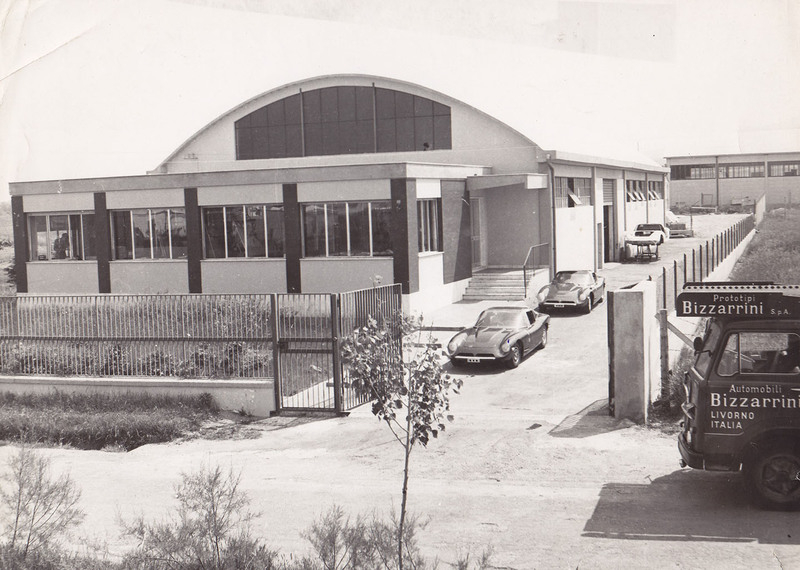 Sports Cars of Modena stops building and finishing bodies for Bizzarrini in 1965. These activities are transferred to BBM. Despite a well-filled order book, Giotto struggles more and more to get his new supplier to deliver the finished bodies on time.

Bizzarrini asks Salvatore to organize these activities in Turin. At the beginning of 1966, Diomante retrieves all tools from Modena and starts finishing Bizzarrini bodies supplied by Grosso & Veci.

In 1965, Sibona & Basano starts to work on the first Bizzarrini Targa 5300 GT Strada at the initiative of Stile Italia. The car is presented not completed at the Geneva Motor Show. Sibona & Basano ceased treading and abandones the plan.

In 1966 Carbondio makes some improvements to the car and shows it at the Turin Car Show, during when the Baby Bizzarrini, 1500 Berlinetta, is also displayed.

Up to the present, the first car Targa 5300 GT Strada was never completed because of the rigidity of the frame and it is unknow if they were made some works to stiffen the chassis. Between 1966 and 1967 two cars were built from scratch by making any necessary changes that had not been made on the first car.

Salvatore regularly travels on Sundays by train to Livorno, to Labronplastic in order to define the synthetic bodywork in the smallest detail possible. The plan is to realize large production volumes in a dedicated plant, enabled by Government funding. When it becomes clear, in the course of 1967 that Bizzarrini should not count on the State aid, he decides to anyhow bring the project to a successful conclusion.

At the beginning of 1966, the first P538 is finished. The designation stands for Posteriore (rear engine), a 5.3 liter 8 cylinder engine, which remains the entrusted engine from the Chevrolet Corvette. The very first model, however, has a 4-liter Lamborghini V12 engine, the evolution of Giotto's 3.5-liter engine.

The car, however, misses its very first corner, and has to be totally rebuilt on a new chassis. Giotto builds the third car for himself, with the Corvette engine. This car participates in competitions, where it shows its potential.

At the end of 1966 Bizzarrini encounters large cash-flow problems. Despite the fact that the production of the 5300 GT Strada has reached a stable volume, his projects have eaten lots of money. Bizzarrini goes in search of new investors and finds them. The company name becomes Bizzarrini S.p.A. (Ltd.) with its seat in Via della Padula. 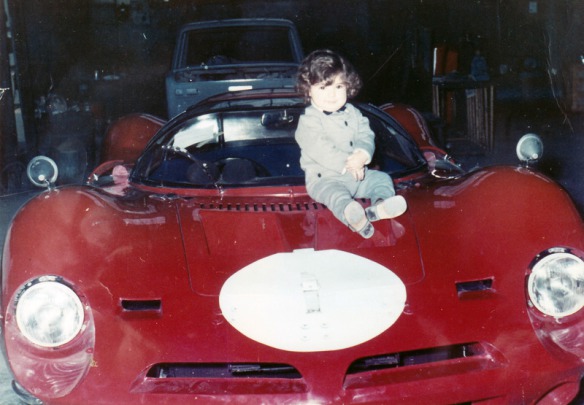 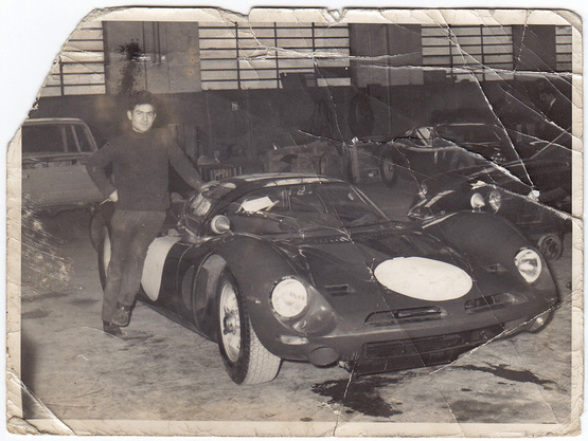 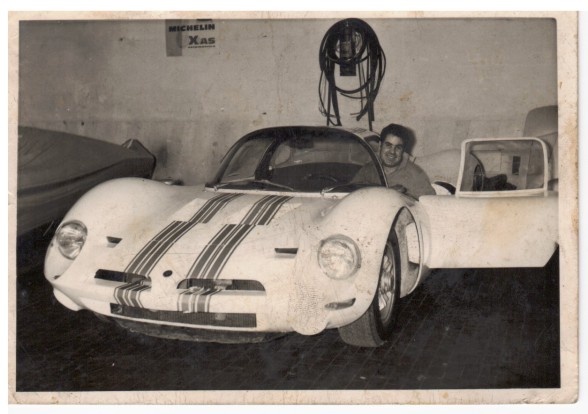 They decide to concentrate more activities in Livorno and ask Salvatore Diomante to move and join Bizzarrini. Salvatore, along with 4 employees and his brother, accepts. Giotto hires several workshops, and in one of them, Salvatore installs the finishing lines for both models. Labronplastic moves in the same workshop, separated by a wall, in order to build the synthetic bodywork of the 1900 GT Europe, the new name of the smaller model by which the mechanics of the Fiat 1500 were replaced with those of Opel.

Bizzarrini, however, starts to lose faith in his endeavors. He recommends e.g. his most faithful collaborator, Mauro Prampolini, to leave the company, which he does. The production of the 1900 GT Europe is on hold, and, ideally, a successor for the 5300 GT Strada should be developed. Unfortunately, that requires another fortune… Furthermore, in 1967 his P538 is not allowed to participate in the 24 hours of Le Mans, upon which Giotto decides to abandon the racing program.

Internal workshop - Via Della Padula 251 Livorno - used for assembling mechanical units with bodies set up and supplied by Torino. From 1968 to 1970 Autofficina SD. 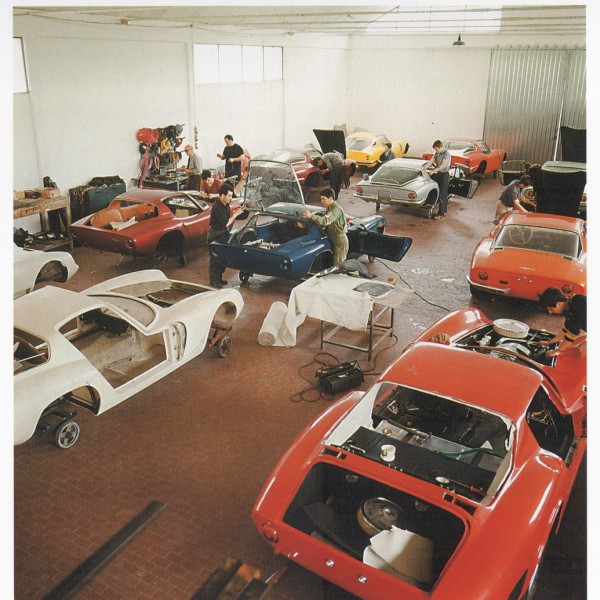 Still in 1967, Grossi & Veci goes bankrupt and Subalpina of the Cuneo province is withheld as the new supplier of the naked bodies. Later on, when Iso stops delivering the frames, Subalpina will also take over that task.

Bizzarrini is told in 1968 that his credit lines will not be renewed any longer and his suppliers do not get paid. His company is involved in a pyramid of fictitious money, and that system collapses. After an unsuccessful attempt to sell his company to American Motor Corporation, Bizzarrini S.p.A. has to close down, and a trustee is appointed in the 3rd quarter of 1968.

The trustee requires that several 5300 GT Stradas, whose production had started, be finished and sold, as well as the 4th P538 ( Duca d'Aosta). Salvatore Diomante gets in charge after he takes over the workshop and founds his company Auto-Officina SD. The race version of the P538 from Giotto is already dismantled, and Giugiaro uses its chassis to build a coupé, the Manta. The prototype of the 5300 GT 2 + 2 that never was tested on the road is sold. 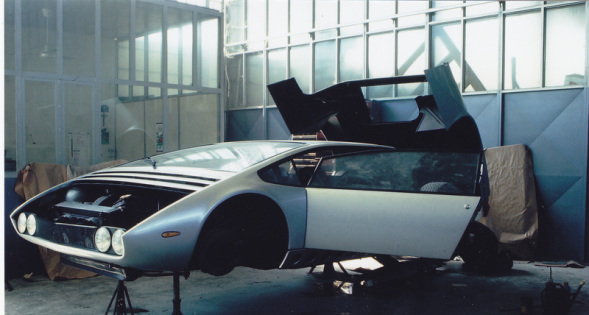 Salvatore Diomante at the test drive

Salvatore buys all the equipment, the tools, and parts for the 1900 GT Europa and 5300 GT Strada and starts maintaining Bizzarrini cars.

In February 1970, Salvatore leaves Livorno and returns to Turin. He sets up the company Autocostruzioni SD in Moncalieri and works there with Giotto Bizzarrini as an external consultant. Giotto operates under the corporate name Z2. They build the GT Europe with rear engine based on the Fiat 128 and propose this car to Fiat, but at Mirafiori, people are already working on a similar model (the later Lancia Beta Montecarlo). Both of them also work as consultants for Scioneri, Coriasco, Lombardi and Iso. 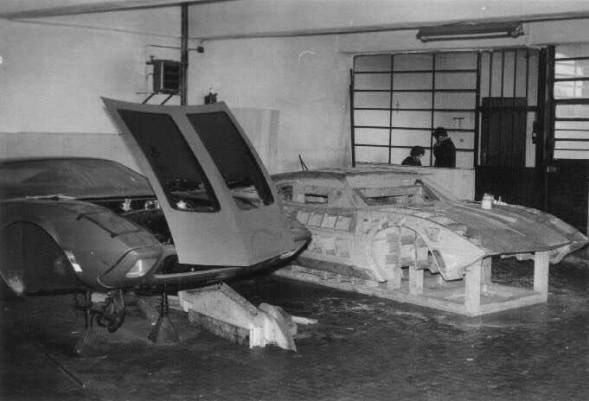 1970 - Autocostruzione S.D. Moncalieri - Mr. and Ms. Diomante in office with an AMX at finishing stage and "manichino esecutivo" AMX in stylistic changes stage 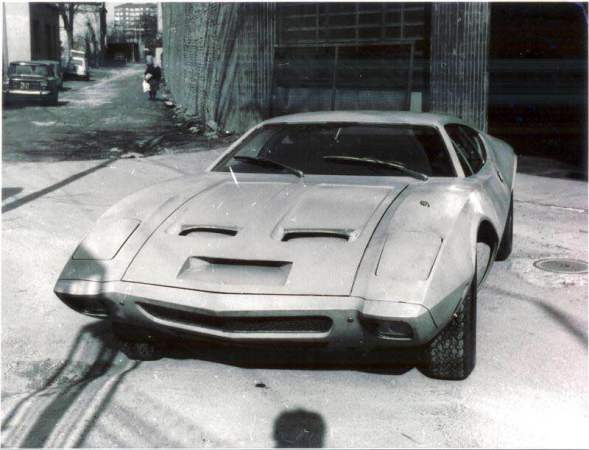 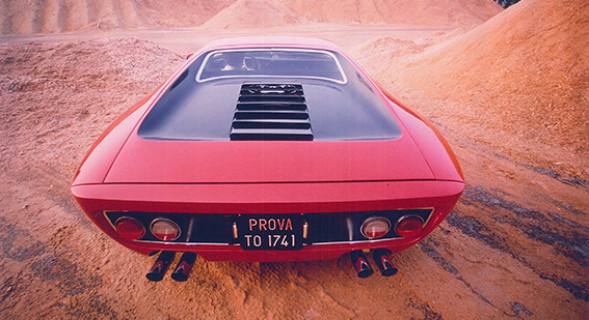 Meanwhile, American Motor Corporation goes ahead with the AMX/3 project. The first prototype is built in Via della Padula in Livorno by Autofficina SD, and the other in Nichelino, Torino.

In 1972, Salvatore builds the Sinthesis, the first car in history with airbags, after the project of the engineer Giacobbi and the design by Tom Tjaarda. Giotto returns to Iso to build the prototype of the Varedo, after a design by Ercole Spada. The body consists entirely of glass fiber reinforced plastic. The car is presented at the Turin Motor Show in 1972.

In 1973, Salvatore Diomante moves to Nichelino and specializes in the maintenance of Bizzarrini cars. In 1976, Salvatore builds some extended versions of the Fiat 131. Between the years 1973-1980 Diomante restores and rebuilds different Bugatti type 57, Maserati, Ferrari, Lancia and Alfa Romeo.

In the '80s he builds Limousine Cabriolet for the Saudi Royal family and the Sultan of Brunei, some Mercedes Gullwing and Roadster, he converts some Jaguar, he builts a series of electric vehicles including the first electric Panda.
During the '80s and '90s Diomante converts some Lamborghini LM, he builds a series of Bugatti EB110, some prototypes for Audi and he reconstructs the Auto Union, that is currently exhibited at the Deutsches Museum in Monaco.
Between 1997 and 2003 he also builds 3 Papa-mobile cars for the Holy Father.
Diomante builds the De Tomaso Bigua and starts the prototype of De Tomaso Pantera 2000.

Despite all the cars on which he worked, Diomante has never stopped giving his assistance to Bizzarrini cars during all the years of his working life. 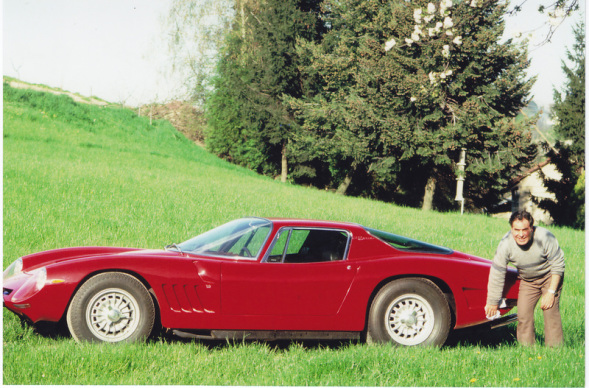 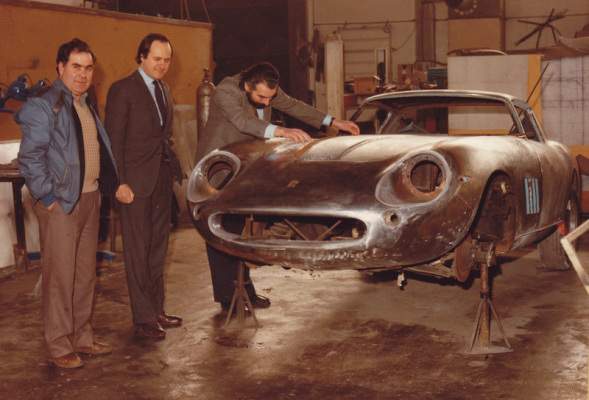 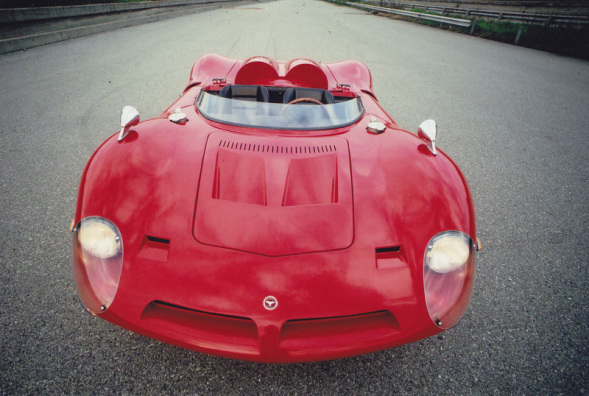 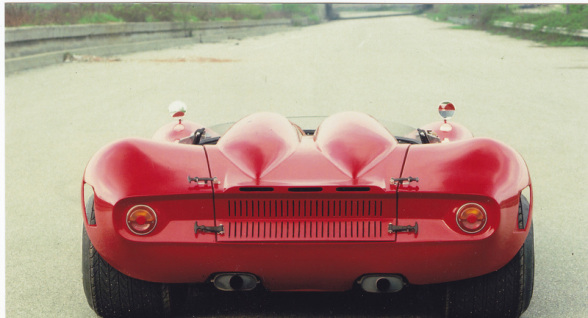 Today, he focuses on the restoration of classic cars such as the Lamborghini Miura, the Mercedes 300 Gullwing, Alfa Romeo's, Bugatti's, De Tomaso's, Ferrari's and of course Bizzarrini's and ISO’s. Salvatore is also able to build prototypes or personalize cars.

During the restoration, Diomante always makes technical improvements to eliminate the "little defects" he observes in the cars (rigidity, comfort, security, cooling system...).